Seeking the Light Amongst the Darkness 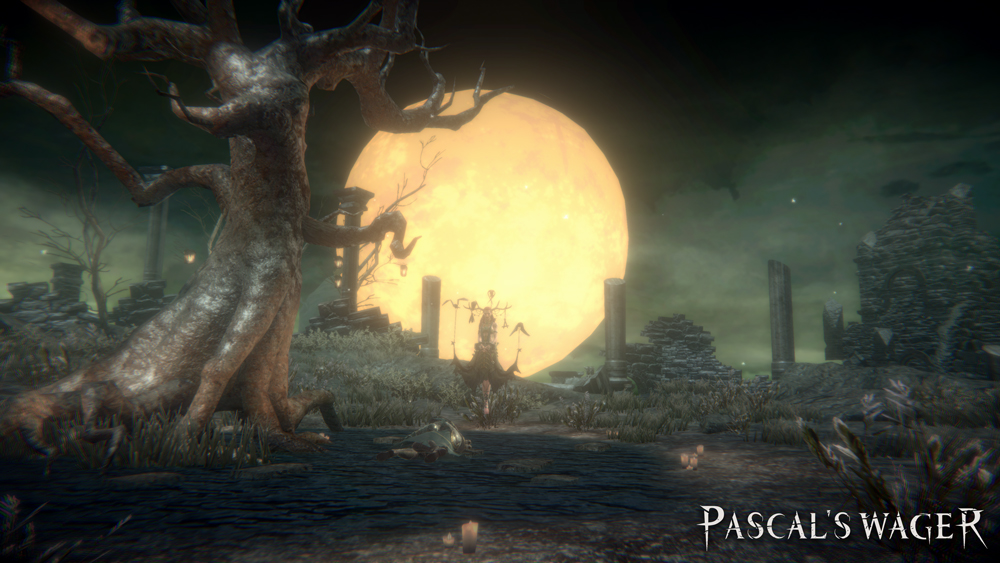 Seeking the Light Amongst the Darkness

Pascal's Wager  is a dark and richly detailed Action Role-Playing game coming to Mobile platforms. Players can experience it for the first time this January 16th, 2020 on iOS devices via the App Store.

Here's a quick introduction to this dark world you will explore and two important characters who you will guide in their journeys.

A Dark World, A Fallen Sun…

According to the legends of old, thousands of years ago the Sun was swallowed into the depths of the Ocean which cast the World into eternal darkness, blanketed by a mysterious ‘Black Fog’.

After all, legends are only legends as the World's current people have never seen the Sun.

There are two Truths they must abide by:

The Black Fog is the darkest of corruption and is to be avoided at all costs, lest they be corrupted themselves.

And in order to survive, they must follow the Colossi. 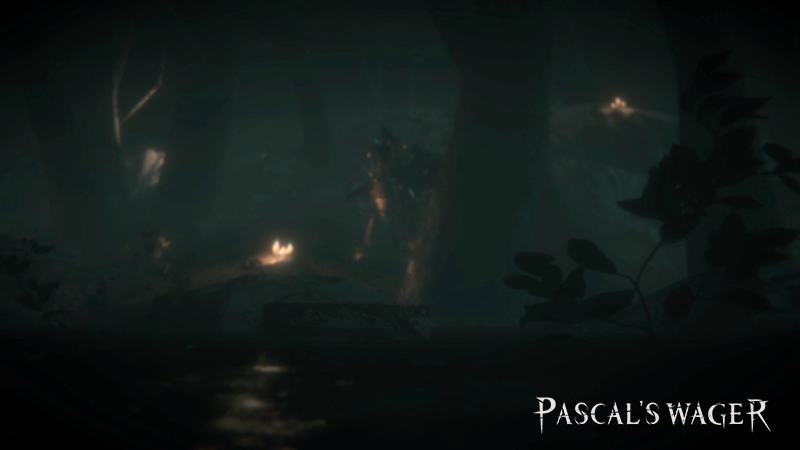 The mysterious Black Fog covering the World is referred to as the ‘Sendril’.

No one truly knows what the Sendril is or what it is made of, but they do know that those infected, become the ‘Marred’. 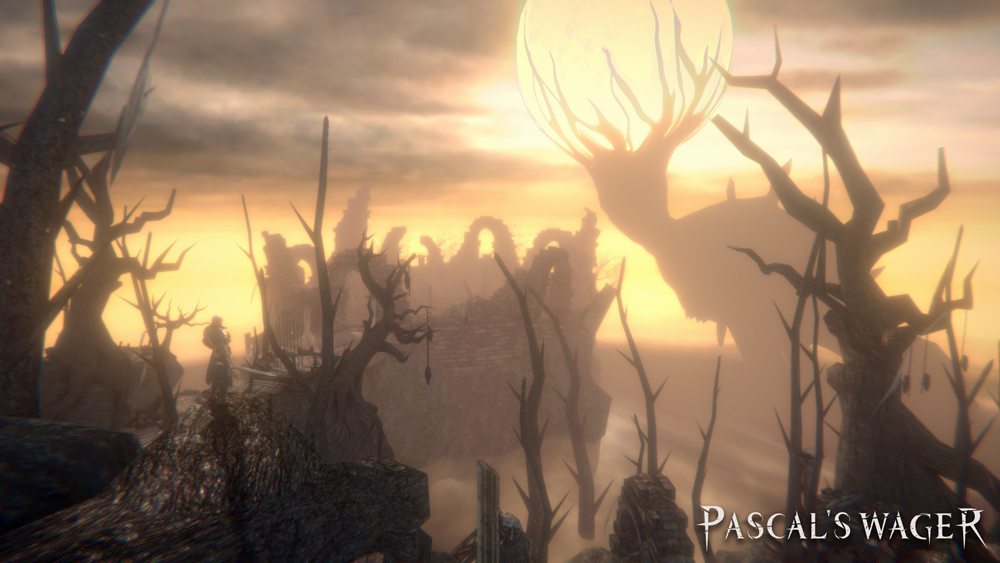 According to legends, the Colossus appeared after the Sun was lost, plunging the World into the darkness of the Sendril.

The Colossi emit a blinding light that disperses the Dark Fog and creates environments for humanity to inhabit.

These Colossus take the form of towering ancient Trees which are immortal for all time as they walk the Earth.

As these ‘Gods’ walk, the people follow in their footsteps as they provide a glimmer of hope that Mankind needs to survive.

Which is why they are revered as Gods in a World without Light.

The Fall of the Colossi (A Sonnet for Man)

“Even the Colossus who are all but considered immortal, will one day fall...

It came like a plague, a storm of despair as the light of the Colossi grew dim and fell one by one.

The Black Fog approaches and begins to gather round, awaiting it's turn to corrupt.

Thus, the light was lost and the eternal darkness returned once more…” 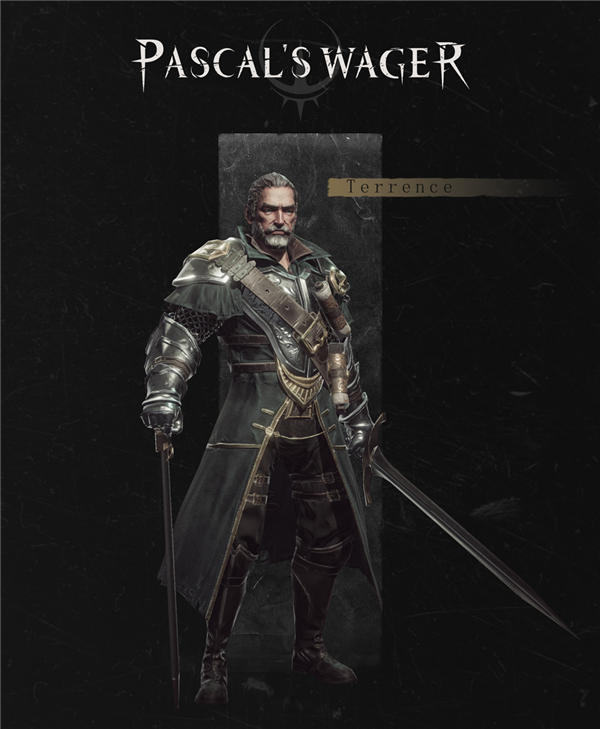 A Courier is someone who has had to forsake their former identity and status in exchange for exoneration by the Church for their sins.

This is who Terrence has become.

The Church tasks these Couriers to travel amidst the Black Fog in search of the Truth, if there is such a thing to be found... 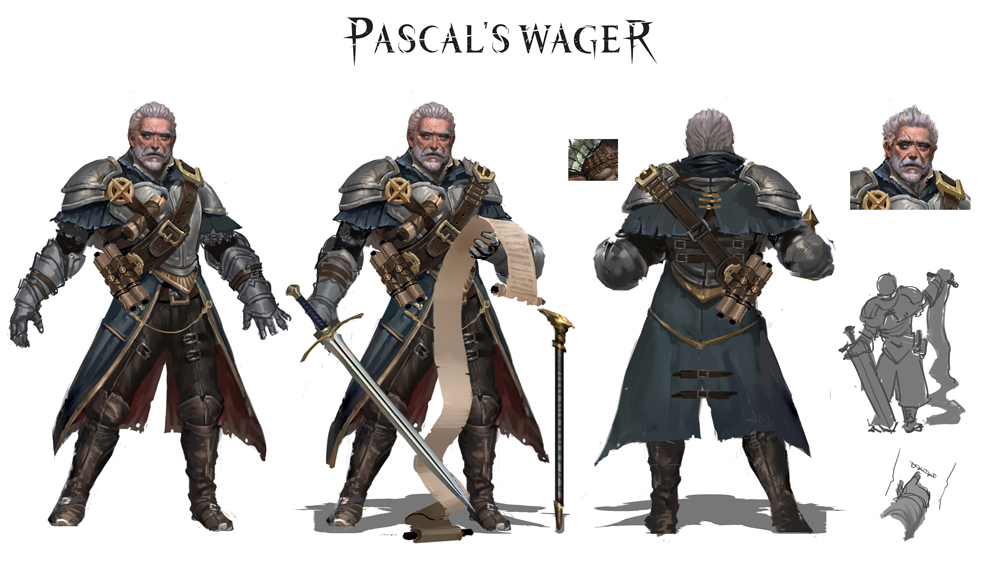 Terrence is a former leader and pioneer, banished by the Church for transgressions he must atone for.

By seemingly accident, Terrence has found clues of an affliction related to the Colossus but also that his long-lost wife Teresa, could be involved.

Terrence has set off on a journey to not only unravel this mystery but to also find his wife Teresa, who disappeared into the Black Fog long ago...

Terrence is a masterfully trained Swordsman. With his Knightly blade wielded in his right hand, the Cane wielded in his left hand can be used to launch swift attacks and counters upon his foes.

With a vast amount of combat experience under his belt, Terrence is able to quickly block and parry but also close the gap for epic counter attacks that leave his enemies reeling from his blows. 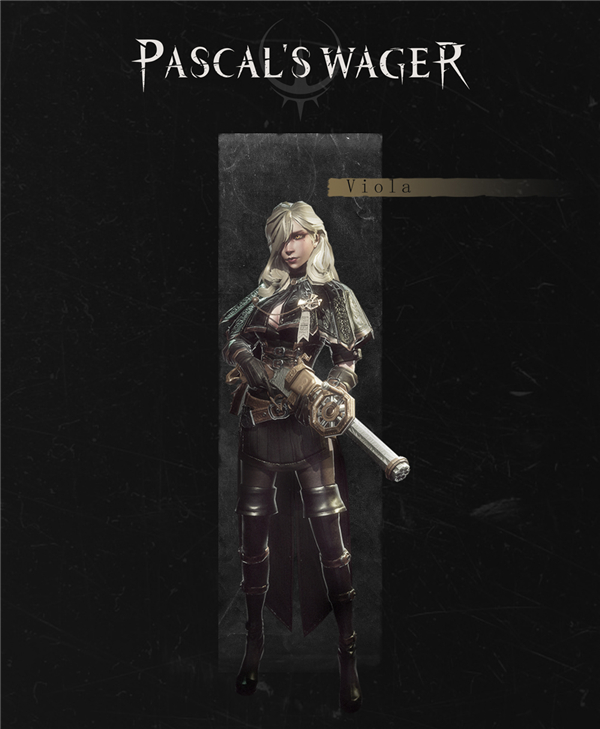 Viola, A Woman Shrouded in Mystery

Viola is another character player's will journey with as she joins Terrence in his quest for answers.

Viola's story is filled with mystery and intrigue claiming to be exiled by the Church.

Even to Terrence, who saved her life from the Sendril, she has never revealed who she truly is. 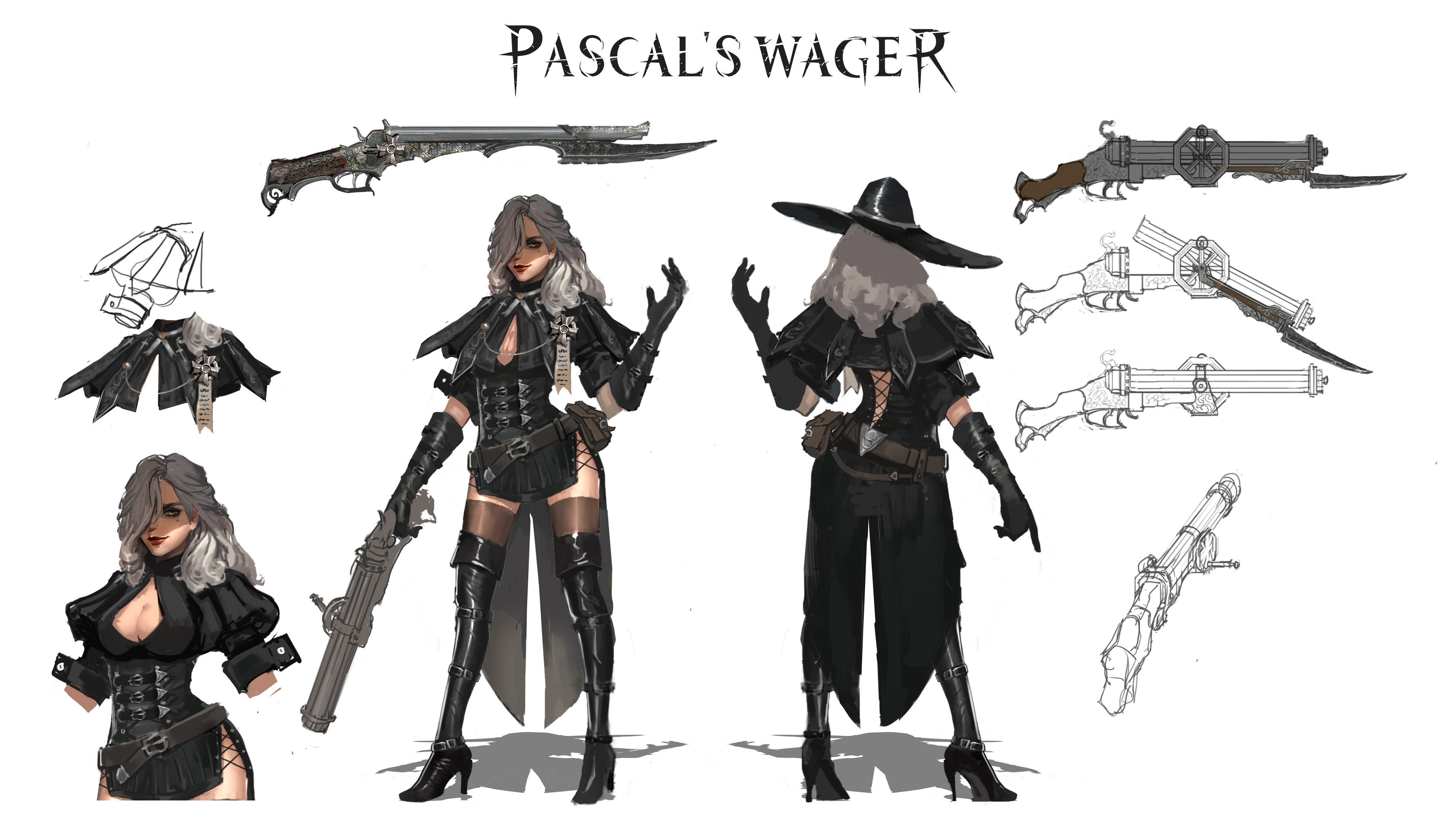 Viola, filled with noble temperament, always maintains a subtle distance to those around her at all times, getting close to no one.

Viols main weapon is a powerfully accurate six-shot musket that focus on eliminating enemies at a distance.

But if you think taking her on up close gives an advantage, you'd be sorely mistaken as she expertly wields the bayonet attached to her musket to make quick work of her foes. 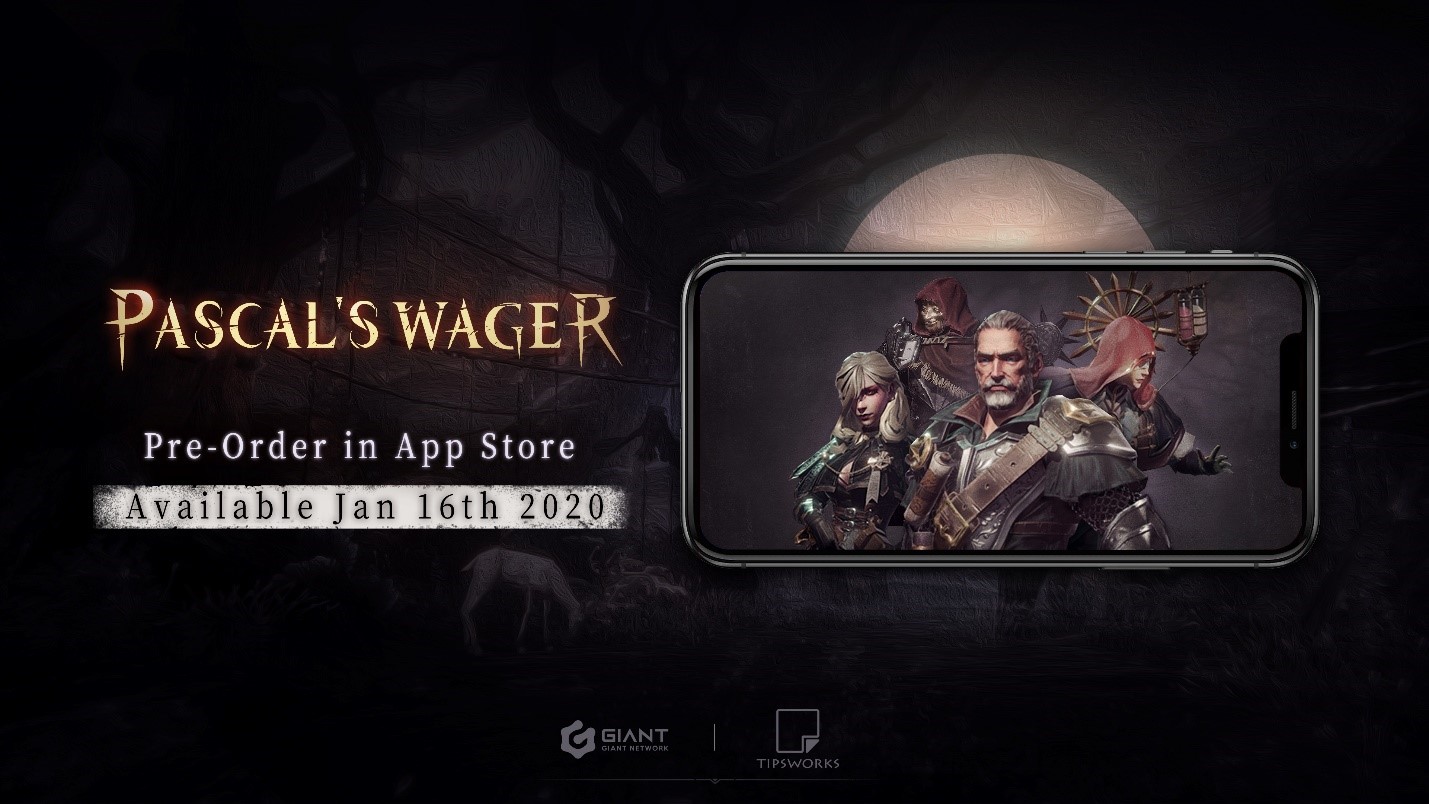 Pascal's Wager is currently available for Preorder in the App Store and stay tuned for more as this is just a glimpse into the incredible World you will get to experience.